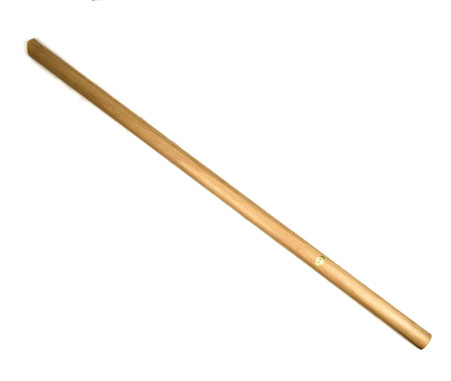 Superior White Oak Made in Japan Bokken for practice of the Kashima Shinto-Ryu.

The Kashima Shinto-Ryu was a Japanese form of traditional martial arts founded during the Sengoku Jidai, or Japanese warring states period, based on finding the weak points of an opponent's armor. The Kashima Shinto-Ryu emphesizes finding weak points in an opponent's armour, and involves the use of swords, spears, and Naginata throughout practice.